Folder with a question mark flashing your Mac?

If a flashing question mark appears when you start your Mac? Read on…

If you’re reading this post, I’m assuming that you too have the same flashing folder with a question mark appearing on your Mac. I had this problem right after I got back my MacBook from Apple’s service center for a replacement of a defective display. Initially, I thought that my MacBook might somehow have gotten damaged when the they replaced the display.

It seems that the SSD would suddenly power off when I left my MacBook idle for a while, likely due to the energy saving settings. When that happens, my MacBook would freeze and I had to then hold on to the power button to force shutdown the MacBook. Then when I try to start it up again, I get the flashing folder icon.

When I tried googling for this, I stumbled upon Apple’s support page on exactly this: If a flashing question mark appears when you start your Mac. And as I suspected, it means your Mac can’t find its system software. The page then suggests that if it only flashes for a few seconds, and then boot up, that means that the Mac is still able to find the system disk but it was perhaps no longer the startup disk. That’s not my case as my MacBook was not starting up at all, likely because it can’t find the SSD drive. And in my case, when I then plugged in the power, I was able to boot up my MacBook. This simply points to an issue with the power supply to the SSD.

Which as suggested by the article, I contacted Apple Support and live chatted with them on this. 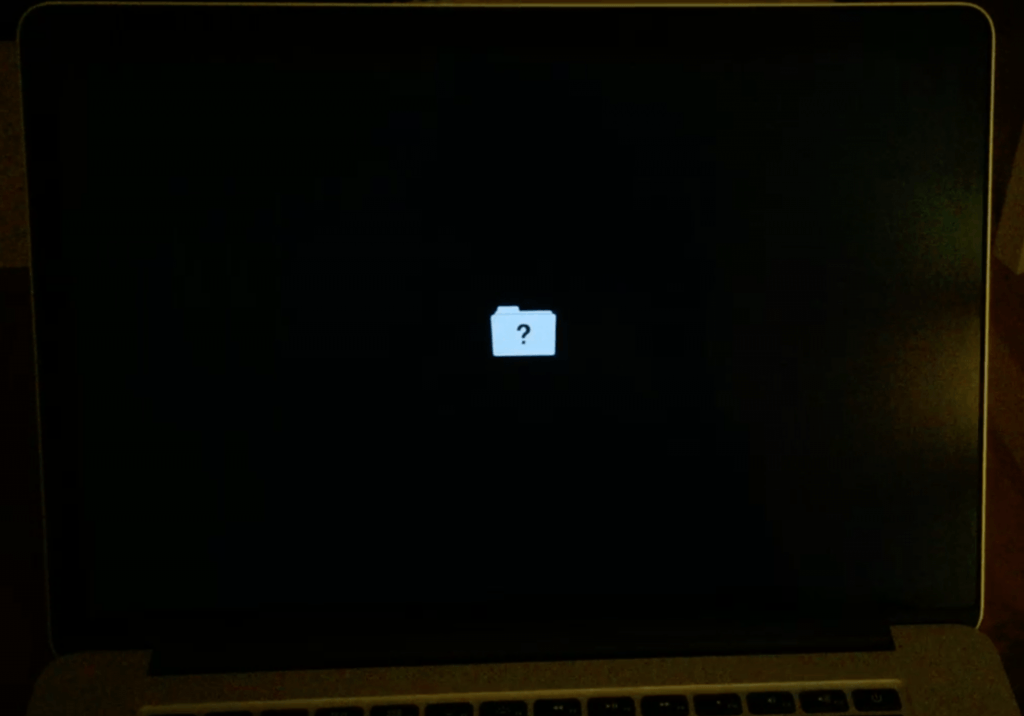 Flashing folder with a question mark during MacBook boot up.

Apparently, this issue isn’t unknown by the support folks. After describing the issue to them, almost immediately, they said that this is likely to be an issue with the System Management Controller (SMC) which manages the power flows on your Mac and I should reset it. I was also advised to reset the Non-Volatile RAM (NVRAM) as well.

So that’s what I did.

To reset the SMC, Apple has detailed out how you can  do that here at this link. The instructions varies depending on your Mac type and model. For the new MacBooks with a non-removable battery, the instructions are as follows:-

One way to know that you have done this right to look at the MagSafe LED and wait till it changes states (turn from green to orange or vice-versa) or temporarily turn off when you reset the SMC. When I did it the first time, it didn’t change its state and I still had the power issues for my SSD. But on the second time, I held on to the keypress till it blinked different colours before I released all the keys.

After that, you can then reset the NVRAM with the instructions here at this link. Essentially, you need to:-

And that’s it. If you’ve done both the SMC and NVRAM reset right, your MacBook should now work as expected as mine did. But if the issue still persist, then you would have to make the visit to Apple and get it checked and repaired.